THE IMPEACHMENT CHARADE IS FINALLY OVER

- And what have we learned? 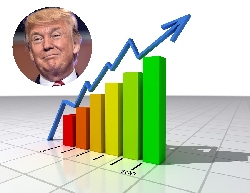 The impeachment trial is finally over and, as expected, President Trump was acquitted. Anyone really surprised? Democrats will claim this was a cover-up by the Senate, but the reality is this represents another win for the president. Despite this, I am glad it is over as I found it rather boring and predictable in terms of finger pointing and jurisprudence. This desperate act also represents another chapter of how the Democrats have wasted an enormous amount of taxpayer money and time to do whatever they could to resist the president; for example:

* They radically slowed the process of selecting members of the president's cabinet, ambassadors, judges and other presidential appointees.

* Turned the Brett Kavanaugh Hearing into a three ring circus by intentionally smearing his name to make the president look bad.

* By insisting on the Mueller Witch Hunt, the Democrats failed to reach anything conclusive in terms of establishing a relationship between the president and the Russians. The investigation, lasted two years, and cost taxpayers millions.

* Triggered by the Democrats refusing to pay for border security, the Government Shutdown of 2018-2019 cost the government $5 billion. In the end, President Trump still moved forward on building the southern wall.

* The Impeachment Hoax was designed by the Democrats to besmirch the character of the president and keep him off the ballot in November. The case was easily defeated and the president gained political strength simply because the public grew weary of the histrionics of the Left.

Let us also not forget the findings of the FISA Investigation, the problems associated with Sanctuary Cities, and the "Do-Nothing" House which basically threw the government into gridlock. All of this was supported by the "Fake News" of the main stream media who fanned the flames of hate in the country.

All of these attempts were designed to not only vilify the president, but to distract the public from his accomplishments, such as:

* Successfully installed a substantial number of federal judges at many levels, including two Supreme Court justices.

* Built and opened the American embassy in Jerusalem. While other presidents in the past claimed they would do it, it was President Trump who saw it through to completion, even in spite of resistance from Democrats. More recently, the president revealed his plan for peace between Israel and Palestine, using a two-state approach, something that has never been offered before.

* Cut bureaucratic red tape to lift the burden of government off the shoulders of businesses thereby allowing them to move forward.

* Crushed ISIS and is slowly pulling us out of the Middle East.

* Moved us to energy independence.

* Reinvigorated our military and cleaned up the VA.

* Caused new and stronger trade deals, particularly with USMCA, China, and many more on the way.

* Created a robust economy which is now the envy of the world. The Democrats fear this the most, which is why I refer to it as the "Big White Elephant in the Room."

President Trump has become politically stronger following the impeachment acquittal. His base is energized, and independents are leaning his way. In contrast, the Democrats have branded themselves as untrustworthy stewards of the House, a stigma which will haunt them until election day. The Americans want results, not soap opera.

You have to pity the Democrats going into the 2020 election as they are about to be mutilated politically. Their resistance has left them with an image of being an impediment to progress and are now portrayed as spiteful people only concerned with political control and not the best interests of the country overall. Then again, it was their own doing. Their strategy to vilify the president was an enormous gamble which backfired on them. When you couple this with the far-left leanings of the Democrat presidential candidates, you have the perfect storm which will lead to their demise.

One thing I have observed about the Democrats during President Trump's first term, they do not accept defeat graciously. It is time for an overhaul within the party or split it into moderate and far-left factions.

BEFORE YOU VOTE, REMEMBER...

VOTE AS AN AMERICAN, NOT AS A DEMOCRAT.

Labels: florida, Palm Harbor, The Bryce is Right, THE IMPEACHMEDNT CHARADE IS FINALLY OVER, Tim Bryce