IN WHICH DIRECTION ARE THE DEMOCRATS HEADING?

- Which side is winning? 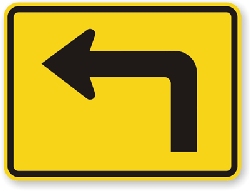 It is not much of a secret the Democrats have a divided party. One side consists of "moderates," representing traditional party values, and the other consisting of "extreme-Leftists," representing radical politics, such as Socialism, the New Green Deal, and a plethora of entitlements. The question is, which side is winning? In 2019, and for the first time ever, a Gallup Poll noted the majority of the party classified themselves as "liberals." This is to be expected as the Democrats began to turn extreme-left in 2016 when Sen. Bernie Sanders, an Independent from Vermont, began preaching his far-left dogma on the campaign trail to the Democrats. This opened the door in 2018 allowing extremist Democrats to be voted into the House of Representatives, e.g., Rep. Alexandria Ocasio-Cortez (NY-14) (aka, “AOC”), Rep. Ilhan Omar (MN-5), Rep. Ayanna Pressley (MA-7), and Rep. Rashida Tlaib (MI-13).

We are now in the early stages of the political primary season, and already we are learning more about Democrat inclinations from the voters. Between the Iowa Caucus and New Hampshire primary, Sen. Bernie Sanders and Sen. Elizabeth Warren (MA), both generally acknowledged as representatives of the extreme-Left, pulled approximately 40% of the votes cast. This leaves approximately 60% for the other Democrat candidates. Some would claim Mayor Pete Buttigieg, former VP Joe Biden, and Sen. Amy Klobuchar are "moderates," but their background suggests otherwise as they subscribe to liberal doctrine. None could possibly be accused of being a conservative. All support abortion, open borders, health care, and additional entitlements. So much so, the Democrats are now referred to as the party of "giveaways."

The fact there is a 60/40 split in the party suggests the majority of Democrats are traditionalists and do not necessarily embrace radical concepts like Socialism. Yet, if front-runner Sen. Bernie Sanders lands the nomination, this is precisely what the party will ask Democrats to accept.

News reports claim voter turnout was down in both Iowa and New Hampshire. I could not verify this, but if it is true, why? Three possible reasons: general voter apathy, people believe there isn't a candidate who can beat President Trump, or more likely, the extreme-Left leanings are turning off traditional Democrats. Apathetic voters do not bode well for the party as we approach the elections.

The perspective of the party split is still a bit hazy, but will become clearer following the primaries of Nevada, South Carolina, and Super Tuesday. After this, we should have a complete picture of who is leading the party, "moderates" or the "extreme-Left."

The President received strong support as he has energized his base through a solid economy and anti-extreme-Left policies. It appears the more he is attacked by the Democrats, the stronger he becomes politically.

So, are the Democrats prepared to accept extreme-Left doctrine? Maybe, but the American people overall are not. Either way, this will be an awkward election for the Democrats.