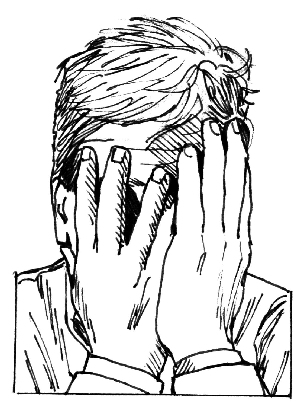 Many years ago, when I was still in college, a good friend and myself came up with the wild idea of spending a summer vacation as smoke jumpers out West. We had heard about the forest fires plaguing the West at the time and, as able bodied young men, we wanted to help. Unfortunately, we found it difficult to find anyone in authority who could answer our questions and tell us how to join. You have to remember, this was at a time well before the Internet where such information would have been readily available. Consequently, we abandoned the idea in frustration (much to the relief of our parents). Even today, many years later, we talk about it and wish we had been able to experience it.

Just about everyone has some sort of opportunity they wish they had handled differently, be it in love, a business opportunity, an adventure or experience, or a way to improve one's self. Life is full of missed opportunities. It is difficult to know when to grasp the brass ring as opposed to holding back and assuming less risk. Some people are bolder than others. I think it is either a matter of self-confidence or the ability to formulate the odds for success. Regardless, life is full of "could'ves," "would'ves" and "should'ves."
Some people have difficulty living with regrets...

"If only I had married Bob instead of Bill..."

"If only I had invested in the ABC company..."

"If only I had gone to school instead of..."

Some people dwell on regrets too much, allowing it to eat away their self-esteem and confidence, to the point of making themselves physically sick. They just cannot let go of a bad decision they made. As I see it, mistakes are a natural part of life and hopefully our decisions do not harm others, but every now and then, they do. I'm not talking about the vicious acts of criminals as much as I'm describing the regrets of everyday decisions.

Regardless if a bad decision affects only yourself or others, we have to learn to live with our mistakes. We have to accept it, not deny it, accept responsibility for it, and learn from it so that hopefully we do not make the same mistake more than once. What is done is done. Do not dwell on the past. In most cases, there is no way to correct it. Let's move along. In addition, we cannot live in a state of perpetual fear of making another mistake because, in all likelihood, we will. After all, we are only human.

Part of the problem in our decision making process is how we rely on others for advice. If you haven't guessed by now, people are quick to tell you what you cannot do in life. Nine times out of ten they are dead wrong. If you can think it through, you can do it. Mindpower is where it's at. More than anyone, you know your strengths and weaknesses, and what limitations and capabilities you possess. True, we should respect the advice from people we trust, but we should ultimately be guided by our wants and needs, coupled with our ability to calculate risk. Let it not be said it was someone else's decision, let it be our own. You will then have nobody else to blame if it fails.

"Take time to deliberate; but when the time for action arrives, stop thinking and go in."
- Andrew Jackson

I still think smoke jumping would have been an exciting way to spend a summer over thirty years ago, but I look back with no regrets. It just wasn't meant to be. Instead, I think of all of the other things I accomplished since then which were meant to be.