WHY DO WE TRUST POLITICIANS?

- Shouldn't they be periodically evaluated? 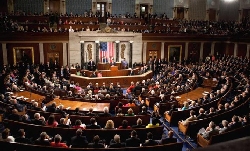 I was looking over some political polls recently and noticed the approval ratings of Congress are dismally low, approximately 20% according to the polls. Offhand, this would indicate we do not believe they are doing the job we elected them to do, and a violation of our trust. However, America is not alone in this regard; in the reports I read, politicians around the world are generally not trusted. In one report I read, used car salesmen were judged to have better integrity than politicians, and they may very well be on to something here.

We may like to grumble about politicians but I tend to believe we trust them a lot more than we think. After all, how were they elected to office to begin with and why do we keep reelecting them term after term? Is it because there are no other qualified candidates to do the job? Is the pay and benefits bad? I don't think so. Actually, I think the public's outrage is gone and, knowing this, our government officials feel free to do whatever they want.

We elect government officials to uphold the interests of their constituents and for the common good. Hopefully, the politicians will have the same interests and moral values as the people they represent, but somewhere along the way the politicians inevitably get their priorities mixed up and forget what they were elected to do. After a politician has promised the voter the world on a platter, he is basically free to make decisions and vote as he sees fit, regardless of pertinent opinion polls. In fact, politicians are probably more interested in what the lobbyists have to say than their own constituents. This means accountability is really the issue here.

It has been my experience that voters tend to gloss over the politician's record while in office. As an employer, I tend to keep track of employee obligations met, punctuality, absenteeism, and decisions and mistakes made. Conversely, voters should be made aware of their elected official's actions in office, such as attendance at meetings, and voting record. Since we periodically prepare evaluation reports for employees, what's wrong with producing a similar report for our officials on a routine basis, such as annually? After all, who works for who here? Aside from implanting electrodes in the politician's head, I know of no other way to rebuild trust than to routinely review the official's work. If it works in business, why not in government?

Perhaps the biggest fear we have as voters is political corruption, and the temptation to become such can be irresistible to even the best of us. Far too many politicians have become exceedingly rich and powerful due to kickbacks in support of lobbyists. Interestingly, I cannot seem to find this in the job description for any government official.

Years ago, Milton Eisenhower pointed out the President of the United States has the power to call for a Continental Congress whereby our governing rules can be reexamined and amended accordingly. Such a Congress has not been held for over 200 years. Think about it, this would be a golden opportunity to revise our electoral process, rethink the role of lobbyists, and determine performance evaluations for our officials, among other things. Regrettably, there is nobody on the horizon with the political fortitude to do this. Only the American people can put forth the necessary political pressure to call for such a Congress, but unfortunately, the public isn't that strong or sophisticated, consequently, the politicians will continue on their merry way.

Next time you find yourself upset about politicians violating the public trust, ask yourself how outraged you are and what you are willing to do about it.

Labels: florida, Palm Harbor, The Bryce is Right, Tim Bryce, WHY DO WE TRUST POLITICIANS?