DOING WHAT IS PRACTICAL

- Seldom is the case in Information Technology. 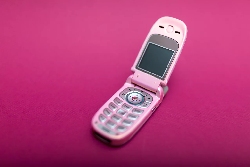 People laugh when I show them my flip-phone. "Ha, ha, ha, Tim, I thought you were supposed to be a hot-shot I.T. guy, and you use that lousy phone?"

Yes, yes I do, quite proudly I might add. I paid far less for it than what most people pay for a smart phone, and it suits my requirements in terms of size and communication needs. No, I do not need a million apps that I won't be using. It's clean, it's simple, and more importantly, it's practical. I probably use more of the functionality of the device than those people with smart phones who only use it to speak and text. In addition, I do not need something for entertainment purposes as I see nothing worthwhile coming out of Hollywood, I do not want to listen to music as I prefer socializing with people instead, and No, I don't want to play computer games (as I suffer from the fat finger complex).

As long as I have been in the systems industry, which is now over forty years, people have always wanted to "Keep up with the Jones'" in terms of technology. What they never realized was the Jones' were even more screwed up than they were. They may have the latest and flashiest technology, but rarely did they take advantage of its full capabilities. In fact, most of the time the technology was misapplied and abused, thereby making it counterproductive. Don't get me wrong, I respect the need for technology, but only when there is a rational need for it and can be successfully applied.

With that said, I recently visited with the Treasurer of a nonprofit organization with approximately 200 members (the purpose of the group is irrelevant for the purposes of this article). As you know, I have been actively involved with nonprofits throughout my professional career and have administratively straightened out many of them. It therefore came as a bit of a surprise to me when I recently discovered the Treasurer managed the association's finances using nothing more than a standard checkbook and no computer automation. Most people would be aghast at such a situation, but as an old systems man, I wasn't.

In looking over the documentation, the Treasurer regularly balanced the checkbook and produced accurate monthly reports for review and approval of the group, all of which took little time and effort. At the end of the year, a finance committee reviews the Treasurer's activities and certifies everything was prepared correctly. If any anomalies surfaced, they would be reported and corrected. There was also a good old-fashioned register book listing all transactions by their Chart of Account numbers.

Normally, people would conclude computer software would simplify everything and generate the necessary reports quickly. Not so fast. I discovered there wasn't a voluminous number of transactions being processed by the group, hence it was more practical to manage finances by hand as opposed to computer. If there were a lot of transactions, I would have recommended some software to record them, but this was simply not the case.

Most people, be it in the public or private sector, believe we need to automate everything. It is hard for them to comprehend performing anything manually anymore, but this brings up one of our older Bryce's Laws, whereby we contend, "An elegant solution to the wrong problem solves nothing." A manual approach solving the business problem cost effectively is better than a technical solution that complicates matters. To this end, remember this: for most math processing it is still faster to use an abacus as opposed to an electronic calculator (and a lot cheaper); further, messages can be sent faster by Morse code than by text messaging (it has been proven).

Even when new computer software is introduced, it is not uncommon to see it fail as people do not know how to interact with it; in other words, there are no manual procedures accompanying it, be it documentation or help text. As I've seen in my numerous journeys through the corporate world, systems will fail more for the lack of administrative procedures than well written computer procedures. Even if the software is excellent, if the human-being doesn't know how to use it properly, it will fail.

So, it is all a matter of doing what is practical. I elect to use my flip-phone for very specific reasons, and I will wager I use it more effectively and at greatly reduced cost than the person who has trouble using the smart phone.

I'll chose practicality over status symbol any day of the week.