WHAT DOES IT MEAN TO VOTE FOR THE DEMOCRATS IN NOVEMBER?

- A lot depends on how we vote. 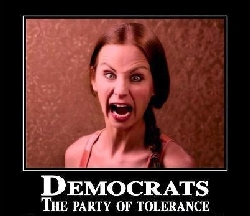 Absentee ballots will be out soon and, in many states, early voting is in the offing (Florida begins October 22nd). In other words, it's show time for the midterm elections. As usual, I will be studying the early voting numbers coming from the Board of Elections. This is the most reliable way of projecting the outcome, certainly not the polls. Traditionally, Democrats do not like to vote in midterms as they believe it to be frivolous, but I think we are about to witness a record breaking race in terms of votes cast.

The Democrats are desperate for a win and, as such, have pulled out all the stops to regain both chambers of Congress, as well as state and local governments. However, their obstruction/resistance tactics have not gone unnoticed by the public as typified by Judge Kavanaugh's hearing, a well orchestrated attempt to besmirch the character of President Trump's nominee and delay the proceedings until after the election. The Democrats never had any intention to vote for Judge Kavanaugh under any circumstance and said so before his name was even put forward by the President. Their attack on the Judge will likely backfire as it will cause Independents and energized Republicans to push back by turning out in record numbers to vote for Republican candidates in the election.

Evidence the push back has already begun was produced in the form of a recent Gallup report, "Republican Party Favorability Highest in Seven Years," whereby the favorability rating towards the GOP among Republicans and Independents grew from 67% last September to 85% now.

Their constituents might find their antics amusing, but the Democrats' shady tactics is costing them the confidence of Independents. They have simply tweaked the public's nose one too many times. Democrats feign innocence when their tactics are discussed. This means they are either naive or complicit.

Despite the obstruction/resistance tactics of the Democrats, President Trump and the Republicans have already been able to:

– Raise the Gross Domestic Product (GDP) to 4.2%
– Create 3.7 million new jobs since he took office.
– Lower unemployment to 3.9%.
– Lower African-American and Hispanic unemployment to the lowest levels in history.
– Lower the unemployment rate for Women to its lowest level in 65 years.
– Reduce the number of people on food stamps (a reduction of 3.5 million Americans).
– The tax cuts have put more money in people’s pockets and caused businesses to reinvest in the United States.
– Raise oil production to new highs.
– For the first time ever, America has become an exporter of Natural Gas.
– The country will soon be the largest energy producer.
- Replaced NAFTA with the United States-Mexico-Canada Agreement (USMCA).
- Negotiating fair trade deals with other countries, including the EU, India, Japan, South Korea, China, and others.
– This is all causing the Trade Deficit to fall.
- Tighten security for illegal immigration.
- Upgrade the military and tended to the well-being of veterans.

This is not speculation, this is fact.

These accomplishments have put people back to work, put more money in their pockets, created jobs, brought companies back to our shores, and given workers a renewed sense of pride. This was certainly not due to any policies of the Obama administration which ended with a paltry 1.8% GDP and 4.7% unemployment rate. And let us not forget Congressional Democrats fought these economic changes every step of the way.

Our economic prosperity is causing people to abandon the Democrats, including steel workers, coal miners, union workers, auto workers, and many others; people who traditionally gravitated toward the Democrats but now feel abandoned by them. In their place, the Democrats have embraced an influx of Socialists who believe in redistributing the wealth.

The Independents have taken notice and do not want to return to the old days of a stagnant economy. They want to move forward instead.

So what does it mean to vote for the Democrats this Fall?

* There would be a a rise in taxes and influx of new regulations, causing the economy to falter and stimulate unemployment. In other words, it would take us back to the dark days of President Obama.

* The rise of taxes and regulations would inevitably cause companies to once again flee the country, taking their precious jobs with them. This time, they might not come back.

* The country would move towards a Socialist agenda, including "Medicare for all," an expensive proposition that would further hurt the economy.

* The Democrats would likely eliminate ICE, restrain law enforcement, stop construction of the southern wall, expand Sanctuary Cities, and give illegal aliens the right to vote. Crime would inevitably flourish under this scenario.

* The Democrats would likely curb military spending, and redirect funds for entitlement programs.

* The House of Representatives would begin impeachment proceedings against President Trump, but this would likely not pass the Senate.

* We would also witness further decay of our moral values. The Democrats' tactic of winning at all costs, regardless of legality, presents a problem. Heckling, profanity, ridicule, deceit and destruction have replaced civility, common courtesy, and respect for the human spirit. In other words, they have sacrificed dignity and social grace to loudly demand what they want. Voting for the Democrats means this is an acceptable form of behavior. Such conduct is being emulated in general society and having an adverse affect on our morality, as pointed out by Gallup in their report, "Americans Hold Record Liberal Views on Most Moral Issues." It is no small wonder the country no longer has respect for the rule of law, be it in schools, offices, or in the streets.

So, understanding what the Republicans have accomplished, and the consequences of the Democrats' agenda, the question becomes, "Why would anyone vote for the Democrats?" Only a handful of responses come to mind, such as party loyalty, naiveté, the desire to promote a Socialist agenda, extreme hatred for the President and Republicans, deception by the party, ignorance, or just plain stupidity. There is no other logical explanation.

As one friend recently said to me, "Name ONE THING Democrats have done to make your life better in the last two years." I can't answer that one, can you?

The Democrats are desperate. In the waning days of the election, the rhetoric emanating from Congressional Democrats will be particularly loud and visceral. They're pseudo-indignation masks what they fear most, losing in November. They have hit rock-bottom and want to take the rest of the country down with them. I have never seen a midterm election so glaringly black-and-white as this one. We will be voting either for turmoil or peace & prosperity.

I am once again hearing rumblings of revolution should the Democrats lose. To those who want revolution; bring it on! There are plenty of people still willing to protect and defend the Constitution of the United States.

Labels: florida, Palm Harbor, The Bryce is Right, Tim Bryce, WHAT DOES IT MEAN TO VOTE FOR THE DEMOCRATS IN NOVEMBER?