THE DEMOCRATS: A PARTY AT WAR WITH ITSELF

- There are two faces in the party, with one side in control (and desperate). 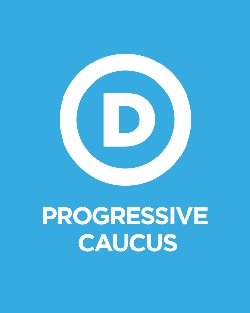 Contrary to popular opinion, No, I do not believe all Democrats are evil. I have known a lot of them over the years, engaged in meaningful arguments with them, and have enjoyed their company. Over the years I have discovered the party has a Jekyll and Hyde personality with moderates representing Dr. Jekyll and Progressives representing Mr. Hyde. It is this latter group I have a problem with and consider a genuine threat to our nation. As to the others, I see them as honest, hard-working citizens interested in fairness, equality and the American way of life. Progressives want to change it all.

Just as the Republicans have moderates and conservatives, the Democrats are not of one mind either. Control of the party though has slipped away from the moderates and given to the Progressives starting with the election of President Barack Obama in 2008. Some would say, it started years ago with FDR and perpetuated by JFK, LBJ, Jimmy Carter and Bill Clinton, but the truth is, liberalism has changed over the years to become much more aggressive. So much so, today's Progressive Democrats make people like JFK and LBJ seem like conservatives.

The differences between the two factions are noticeable:

* Whereas Progressives abhor capitalism, believing it is designed to only benefit the rich, moderates understand the need to make an honest buck and earn your way through life.

* Progressives believe socialism is the path for the future, that the wealth should be redistributed; moderates understand not everybody wins and simply wants a fair wage.

* Progressives will go to any length to gain votes, regardless if it is legal or not; moderates believe in the rule of law and believes the current electoral system is fine.

* Progressives believe the Constitution is antiquated and needs to be completely rewritten; moderates believe it is basically fine, but some portions should be re-examined.

* Progressives want to abolish all guns; moderates, especially those in rural areas, understand the need to protect one's property and lives.

* Progressives believe everyone else is a racist; moderates know better.

* Progressives believe in open borders; moderates see it as a threat to their livelihood and safety.

* Progressives believe America should "lead from behind"; moderates know America must maintain its role as leader of the free world.

* Progressives believe in changing school curriculum to minimize history and government; moderates want to understand how the government works.

* Progressives reject anyone of the Christian faith; moderates tolerate them because they also believe in Deity.

* Progressives offer token respect to patriotic symbols; moderates are proud to have served their country.

With the Progressives controlling the party, moderates know they must play ball or else, which explains why many severed their connection to the party in 2016 feeling it had abandoned them. In Congress, the Democrats are tightly controlled by Progressives like New York Senator Chuck Schumer, Vermont Sen. Bernie Sanders, Massachusetts Senator Elizabeth Warren, and Rep. Nancy Pelosi (CA). Other Congressmen, such as Rep. Tim Ryan (OH), tend to be more moderate, yet are tightly controlled by party elders, thereby rendering them impotent.

It was in 2004 when Progressives seized control of their party and rule it to this very day. However, with the defeat of the Democrats in 2010, 2014, and the presidential election of 2016, the Progressives are now in a panic mode as they approach the 2018 midterms. This election is less about which party will control the Congress, and more about who will control their own party. Should the Democrats lose in November, control of the party will likely be wrestled away from the Progressives and returned to moderate rule.

The Progressives remain defiant. To illustrate, the web site for the Progressive Democrats of America (PDA) denotes their attitude towards traditional party politics, "For decades, the Democratic Party declined as its leadership catered to corporations and the elite while neglecting working Americans. PDA is rebuilding the Party from the grassroots up, energizing and organizing progressives across America."

Another web site, Transform the Party, represents a grassroots movement to organize Progressives and set them to work. Their mission states, "Our Revolution will reclaim democracy for the working people of our country by harnessing the transformative energy of the 'political revolution.' Through supporting a new generation of progressive leaders, empowering millions to fight for progressive change and elevating the political consciousness, Our Revolution will transform American politics to make our political and economic systems once again responsive to the needs of working families."

In other words, the Progressive agenda now borders on fanaticism which may be appealing to the left wing of the Democrats, but is a turnoff to middle America and explains why the party has been losing seats.

Historically, the political pendulum has swung back and forth between Republicans and Democrats, but now the Progressives want to put America on a new ideological course. No, this is most definitely not the party of Franklin Roosevelt, Harry Truman, Jack Kennedy or even Bill Clinton. The Progressives want to institute a major overhaul of the underpinnings of America as we know it today. Their rhetoric is visceral and their determination is great. Frankly, middle America is scared of their radical policies and see it as destabilizing the country. Americans still remember how Communism failed in Russia, as it is in Cuba, and are currently watching Socialism destroy Venezuela, all of which scares them about the Democrats. Without a legitimate plan that is palatable to the whole country, not just the party, the Democrats will likely lose in November. Only then will the influence of the Progressives begin to wane and the party will have to chart a new course.

P.S., Be sure to see my video, "The PRIDE Renewal Tour," on YouTube.

Labels: florida, Palm Harbor, The Bryce is Right, THE DEMOCRATS: A PARTY AT WAR WITH ITSELF, Tim Bryce