AN OPEN LETTER TO GOP CANDIDATES


- Time to get off your derrières. 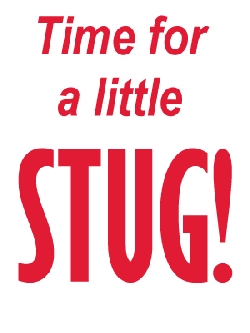 I believe you should think twice going into this election. In particular, how you are perceived by the public. Aside from the news media and Democrats, nothing makes a Trump supporter angrier than a Republican politician playing politics and not getting the job done. If you insist on playing politics during these turbulent times, your days are numbered politically.

Consider why Trump supporters ardently support the President; what attributes do they find appealing?

First, despite his billions, President Trump appears to understand the wants and needs of the common person and communicates effectively with his constituents. From their perspective, "He is one of us who tells it like it is."

"The Deplorables" do not believe he is a liar, but someone they can relate to. When he makes off-the-cuff remarks at a Trump Rally, like "SOB," he is not condemned, but rather applauded as he has tapped a nerve in the American psyche who are frustrated with politics as usual.

Second, President Trump is not afraid to stand up to his opponents, be it the American news media, Democrats, RINO Republicans, bureaucrats, China, Russia, North Korea, and other foreign competitors. The reason he is unapologetic is because he understands the people are tired of being pushed around, hence the "Make America Great Again" mantra. His supporters want peace, prosperity, and common sense solutions. They do not want to feel encumbered by governmental bureaucracy, and yearn to show they are an economic powerhouse once again.

And third, he delivers on his campaign promises. As a former businessman he has been willing to take on the nation's difficult decisions, negotiates with the country's best interests in mind, and acts decisively. We've seen this in Syria, Jerusalem, North Korea, NATO, Western Europe, as well as the many new trade deals. He doesn't wait, he acts, which is appealing to his supporters.

It is these three attributes that appeal to Trump supporters: identifying with your constituents, standing up to your opposition, and delivering on promises. From this, he builds trust and forms an unshakable bond with his supporters.

One idea that would show the GOP's bold vision of the country is to produce a new "Contract with America." We do not lack areas to be addressed; immigration, health care, infrastructure, lobbying reform, term limits, reducing the debt, election reform, energy and environment, all come to mind immediately. This would show true initiative, something the Democrats are incapable of producing at this time. They only want oddball things to secure their control over the government, such as Socialism and racial divide.

To make a new Contract though requires LEADERSHIP, a la Newt Gingrich and Dick Armey in 1994, but I am afraid I do not see this yet in the Congressional ranks. A new contract is nice, but new Republican leadership is needed to make it happen. Milquetoast candidates need not apply. Again, this is a golden opportunity to re-take the Congress, and actually do some good for the country.

So, instead of constantly reacting to events, how about taking a proactive approach for a change? This means the GOP needs to get some STUG. What does it mean? Actually, it was something my old high school football coach used to admonish us to do. Whenever we fell behind in a game or were physically hurting, my coach would tell us it was time for some “Stug,” which happens to be “Guts” spelled backwards. Whenever he would yell from the sideline for a little more “Stug,” we would suck it up, refocus, and try even harder. Believe it or not, it worked. A little tenacity can go a long way, whether you are at work or at play.

Let's consider what will happen if the Democrats re-take Congress and the White House. We will see the return of endless government bureaucracy, higher taxes, a sluggish economy, a changing of the guard of liberal judges on the Supreme Court, and the rise of the Socialist agenda, among other things. We will also see incompetents in key cabinet posts, such as Sen. Elizabeth Warren and Rep. AOC.

So, to all of the GOP politicians out there, both sitting and those entering the race, I implore you to resist the temptation to play politics as usual as the stakes are simply too high. Instead be bold, imaginative, and fight back. If you cannot do this on the campaign trail, you will be worthless in office.

One last thing, when President Trump's term is finally over, who will surface as leaders of the Republican Party; movers and shakers, or milquetoast?

Now is the time for STUG!

P.S. - Also, I have a NEW book, "Before You Vote: Know How Your Government Works", What American youth should know about government, available in Printed, PDF and eBook form. This is the perfect gift for youth!

Listen to Tim on WZIG-FM (104.1) in Palm Harbor,FL; Or tune-in to Tim's channel on YouTube. Click for TIM'S LIBRARY OF AUDIO CLIPS.
Posted by Tim Bryce at 6:00 AM