WHY ARE TRADITIONAL DEMOCRATS FADING AWAY? 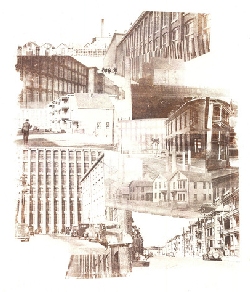 The Democrats are on a collision course with disaster. They used to be known as the party of the working man and woman. No more. It has turned extreme left, to socialism, leaving its base behind. So much so, many have defected to the Republican party, starting in 2016 with the rise of Donald Trump. All of the shenanigans of the Democrats are coming home to roost; the vicious rhetoric, the "resist" and obstructionist movement, the media's fake news, illegal immigration, open borders, anti-ICE, free entitlements, and their turn to the socialist revolution. No, this is no longer the party of the Clintons, Jimmy Carter, LBJ, JFK, Harry Truman, FDR, or Woodrow Wilson. This is now the party of vulgarity, hate, and twisted sense of morality. Admittedly, the Republicans may not be Congressional dynamos, but they are not in loony-tune land either.

Remarkably, President Trump understood the frustration of traditional Democrats and campaigned for their vote in 2016. He has been able to successfully connect with both blue-collar and white-collar workers like no other Republican in recent memory. Today, he commands the loyalty of steel workers, coal miners, people in manufacturing and construction, farmers, not to mention law enforcement, veterans and the military. Even African-Americans and Hispanics are giving him a second look as he has been able to reduce their unemployment. All of these groups used to pledge their loyalty to the Democrats, but not so today. Thanks to a robust economy championed by the president, along with the party turning to socialism, traditional Democrats are abandoning their party in favor of either becoming a Republican or an independent. In other words, Mr. Trump has hijacked the traditional Democrats.

Normally, I am not a big believer in American polling, but there have been a few produced recently which indicate trouble for the Democrats:

First, in a recent Gallup Poll, Americans who are satisfied with the direction of the country has reached a twelve year high, going back to September 2005. In the survey, all age groups and genders showed a marked improvement, but in particular, independents showed an eleven point bump, making it bad news for the Democrats.

Second, Rasmussen reports 41-44% of Americans believe the country is headed in the right direction. This is in sharp contrast to the end of the Obama administration which only showed an approval rating in the upper 20's.

Rasmussen also notes voters are strongly opposed to allowing Illegal Immigrants to vote in Local Elections (62% - 31%). This is an area Democrats have repetitively voiced support for.

As to moving towards socialism, Rasmussen found 51% of Democrats like parts of socialism, but reject becoming a socialist party 53% - 28%. Nonetheless, the movement to socialism continues, causing moderate Democrats to flee the party.

As we approach the 2018 midterm elections, the Socialists (under the Democrat banner) have 42 men and women running for offices at the federal, state and local levels in 20 states, including Florida, Hawaii, Kansas and Michigan; In the Senate, Maine's Zak Ringelstein is its sole senatorial candidate.

The socialists want to offer free college education for everyone, as well as health care. The single-payer health-care plan offered by socialist Sen. Bernie Sanders would cost taxpayers $32.6T over 10 years. Yes, that is in trillions of dollars. No doubt, American workers realize this is not cost effective.
It appears the socialists will not be happy until they have bankrupted the country, torn up the Constitution, and outlawed Capitalism and organized religion. It is no small wonder, traditional Democrats are abandoning the party, and independents are leaning to the Republicans because of a robust economy. Understand this though, Republicans are aligning themselves with President Trump, not Congress (64% - 20%; click HERE) as are independents. In other words, the one person the Democrats and Media have targeted for removal, President Trump, is also the person workers are gravitating towards.

Regardless of what the Democrats and Media tells us, the Democrats are looking at sizable losses in the fall. If they were to win, people realize it would represent a cultural revolution that would dramatically alter the economy, morality, and America as we know it.

Assuming a Democrat defeat in November, we would then witness the birth of a full Socialist party, be it a complete takeover of the Democrats or a separate party altogether, which will likely be as unsuccessful as the Libertarian party as we know it today. Either way, it would split the Democrats thereby negating their chances to win in 2020.

As an aside, such a defeat could finally be the catalyst needed to change the press which is rapidly dying as it is generally considered an organ of the far left.

Labels: florida, Palm Harbor, The Bryce is Right, Tim Bryce, WHY ARE TRADITIONAL DEMOCRATS FADING AWAY?