- Recognizing the communication gap between the generations. 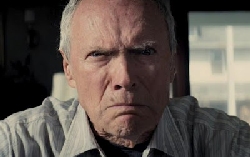 Following one of my recent essays, a reader claimed it was the rantings of an "Old White Man." I had heard this expression elsewhere during the 2016 campaign but didn't pay too much attention to it until I was recently accused of being such a person. I find this rather interesting as my rhetoric and politics haven't really changed over the last thirty years, yet I was never accused of wailing as a "Young White Man" back then.

Frankly, I believe this is a clever political maneuver invented by Liberals to place a wedge between the young and the old in this country. As I was growing up, I was taught to respect my elders, particularly as I entered the work force. Such people mentored me and offered valuable advice based on their many years of experience. Whether or not I used their advice, I listened carefully.

This is evidently not so anymore. It is true I no longer share the younger generation's tastes in such things as music, fashion, film, food, and other social customs, but that is to be expected with the transition from one generation to the next. We simply get comfortable in our ways and do not like any unexpected twists. Take music for example, I like to believe I have a rather eclectic taste in music. Even though my generation enjoyed classic Rock and Roll, I also appreciate symphonies, operas, Big Band, Jazz, Blues, and some country/western. However, I started to gravitate away from Pop music with the advent of Punk, followed by Rap, which sounds to me like the sound of fingernails scratching a blackboard. I recognize the Millennials will not agree with me on this, but I hope they also learn to appreciate the music from other generations as well.

Regardless of our tastes, I recognize the Millennials will replace us one day, and I obviously hope the best for them. Would I rather have them fail? Certainly not, but I want to pass along what I learned in my walk through life, just as they will some day. It's natural.

The expression "Old White Man" is a mean-spirited attempt to discredit the knowledge of our elders, and frankly, I do not believe it was invented by accident. It is intended to split the generations along political lines, and implies such people are stuck in the past and can no longer be relied on to make sound decisions in these modern times. Whenever it is mentioned, the younger people are inevitably accused of being "snowflakes" and the chasm widens between the generations.

As we should all know, with age comes wisdom based on experience, and the elders are more than willing to share it with the next generation. They may not have all of the answers, but they will share what they know and, Yes, old dogs can learn new tricks. It has always been such. However, if youth is being trained to tune out their seniors, they will have to suffer through the elder's mistakes all over again.

Instead of dismissing the advice of their elders out of hand, I would rather see youth develop a dialog with them, thereby seeking the truth and finding viable solutions to our problems. This will never happen if the different generations refuse to listen to each other.